Some pictures from the shoot

Well gang, we did it.  Principal photography on "The Burying Beetle" has been completed. It was exhausting and stressful and fun and exciting.  And expensive.  Did I mention that it cost a lot?

Thanks to everyone who helped make it possible.  It really was a dream come true.

Well, it's finally here.  We start shooting tomorrow.  So much has happened and I know I've been remiss in keeping ya'll up to date.  But it's really happening.  Here are the highlights:

I lost my original "Simon." Gattlin Griffith, the actor I had cast in the role had to pull out five days before shooting started due to the giant bazillion dollar movie that he was doing just telling him they were keeping him longer and no one could do anything about it.  It was quite a blow.  The good news is that in an emergency casting session, I found "Jacob Bertrand" a great kid and a fine actor who I think will bring a completely different but equally compelling quality to the character. 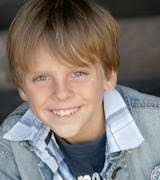 I briefly had the actor "Sung Kang" (Fast and Furious: Tokyo Drift) cast as "Charlie" but I lost him to another katrillion dollar movie that does whatever it wants.  The good news is that I got someone who is pretty much my dream actor to play that part: Freddy Rodriguez. 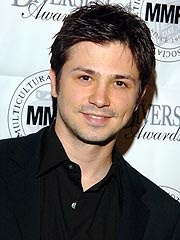 In less good news, I checked on the beetles this morning, and half of them are dead.  I don't know what happened.  Turns out taking care of beetles is pretty tricky.  Too hot?  Too dry?  Too moist?  Not enough food?  Too much food?  Wrong kind of food?  It was such an absurd odyssey to actually acquire the right kind of live beetles for the shoot and now with four days to go before they are supposed to be filmed, they are dropping like...

We had a table read with three of the actors this morning (Freddy couldn't make it) and it went really well.  So that feels comforting.  And we had a big production meeting last night.  I got to meet some of the other members of the crew.  Everyone is very nice and things seem pretty well organized, so all that's left to do is... make a movie!

Thanks everyone.  See you on the other side.
Posted by Dave Rock at 3:31 PM No comments: